My Version of ‘Dry January’ and frozen BAW-bags…

Whilst most people do the lame ‘dry January’ detox from their usual few units of alcohol per week, I’ve had a pretty dry January myself but unfortunately running-related (not so much alcohol…). Only doing the brilliant wee ‘Great Edinburgh Winter Run‘ saved me from killing anyone – was nice to start at the front with the fast-paced club runners for the first time too. Time of 20:10 confirmed I’ve lost some of my fitness and speed, was blowing out my ars*! 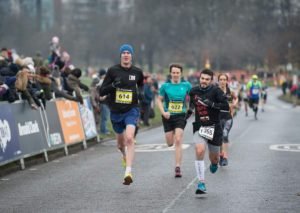 As mentioned in previous blogs, I’ve had a gammy right ankle for a wee while (second half of 2017). After resting up for some of December and January I’ve finally pulled my finger out, seen a consultant and had an MRI scan.

Basically when I run any more than 5 miles I get a feeling akin to electric shocks down the inside of my lower right leg. Which is a bit of annoyance seen as my favourite distances are halfie’s and mazza’s. 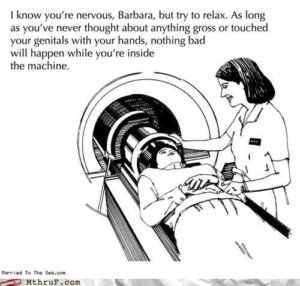 Results from the MRI are still to come, but initial good news from the consultant suggests it’s either nerve or tendon sheath damage – minor ‘niggles’ then.  Thoroughly fed up of only running short distances once or twice a week (most weeks for the past 8 weeks) and losing most of my marathon-fitness, I decided to go on a bit of a celebratory jaunt and do the Borders Abbeys Way in a few days somewhere between hiking and usual running pace. 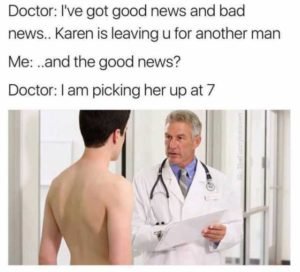 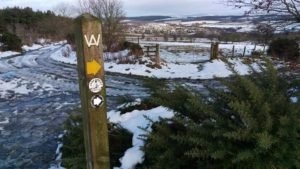 I was a numpty and took too much crap with me, bag ended up weighing 10kg.  Conditions were tough going, knee-deep snow in places, slippy with ice and mud all over – but day one was beautiful (if quad-busting) from Jed to Hawick. 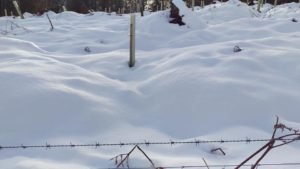 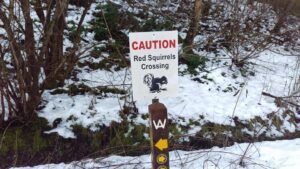 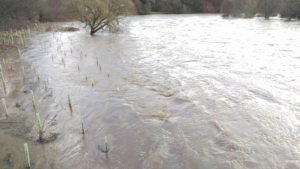 Day two less so, driving sideways rain and icy (balls-deep) flooding – frozen BAWbags. After a few hours made the 14ish miles from Hawick to Selkirk and was freezing, wet and f*cked – so caught a bus through to Dryburgh to dry off in my digs. A shower had never felt so good. Looked like I’d been over compensating for my gammy right ankle, left one was a bit swollen. 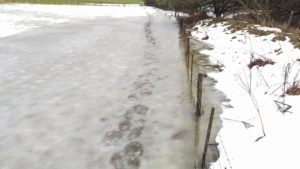 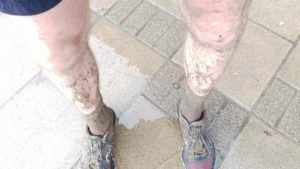 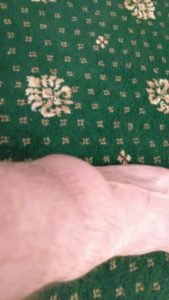 Wed morning I made the sensible decision not to do the remaining 30+ miles from Dryburgh to Jed (via Kelso) and instead back-track from Dryburgh to Selkirk and do what I’d missed the previous afternoon (and done by bus).  Was a glorious day, with a lot of the BAW route being under water it was hard not to feel a bit sorry for the local area. What with water coming down from the hills (as the snow melted) and more rain being forecast.  I made pretty good time, left Dryburgh at 11am and was in Selkirk for 3pm (29km) – then hopped on a bus to Jed for a few well-earned beers. 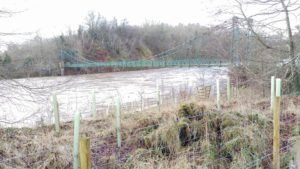 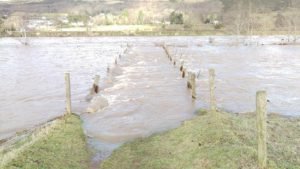 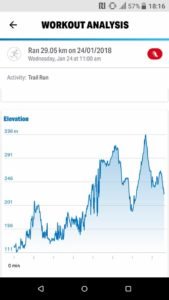 The left the final third of the BAW from Dryburgh to Jedburgh (via Kelso) – which I’ll be back for soon.  Good news is I’ve got the ‘running bug’ back and (regardless of what MRI scan results says) I’m going to begin marathon training again and target a late April or May mazza. I’ll let the TRB public decide which (although won’t be London or EMF sorry…) one. 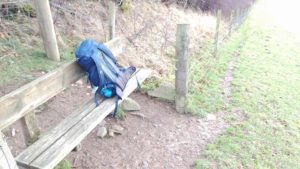 My usual ritual when marathon training also applies, no shaving until race day (return of the hobo). Next race? The Montane Grizedale halfie on Sunday 4th Feb – cannae wait! 🙂