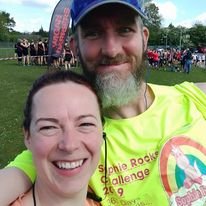 Once upon a time, I hated running. I mean HATED it, even running for the bus would result in me resembling a soggy beetroot… So, when my husband Dan decided to start running again after a 20-year break (he used to run competitively in his school years), I thought he was nuts! I cheered from the side-lines as he undertook increasingly difficult challenges each year and got fitter, stronger and crazier (you can read more about his challenges in the TRB blog archives)…

Once we had set the date for our wedding (September 2016) I decided that I wanted to get fitter (and thinner…). Dan suggested that I start a C25K programme to ease myself into running gently, rather than just deciding one day to go out for a run (which apparently is where I was going wrong!). I was very apprehensive about starting to run; every time I tried it in the past, it made me feel terrible… Surprisingly, I completed the training and got myself up to a 5K distance, hurray!! 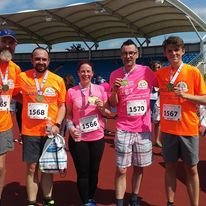 After the wedding and honeymoon, I got out of the habit of running and lost my fitness fairly quickly. Now, I’m not sure what possessed me but I decided to enter the ballot for the Great North Run in 2019, when Dan told me that he was going to do it as part of his Sophie Rocks 2019 challenge. It was so unlikely that I’d get in, so why not? Well, I only went and got in didn’t I?? So… back to training and having to start from scratch.

Dan put together a training plan for me and I got back up to 5K quite easily. I booked myself onto gradually longer races throughout the year (building up to the half marathon in September). In mid/late June, for some unknown reason, I started to find every run harder than before and began losing my mojo… We had a trip to New York at the end of June, over 4th July (amazing celebrations, I highly recommend!) and my training runs in 34 degree heat were challenging! A positive pregnancy test taken once home from that (rather boozy) trip confirmed me to be 7 weeks pregnant! We nicknamed the baby ‘Boozy Blue’ as it was the size of a blueberry at that time. 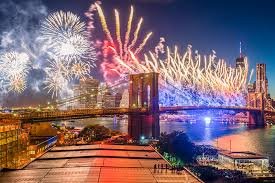 Once I found out about the pregnancy, I was cautious about training. The midwife advised that I could continue to train but there shouldn’t be any over exertion. This posed a small problem because I was only at 10km, halfway to the distance I needed to reach! Dan and I almost gave up on becoming pregnant at all and having finally received the good news, my training plan had to be changed to reduce the risk of completing a half marathon. I trained to walk the distance first and foremost, then alternated jogging and walking to the 13.1 mile distance (without pushing myself to the point where I couldn’t hold a conversation).

When the big day finally came around, I was very nervous! There was no way I could run with Dan so ‘bump’ and I would be out there alone… or so I thought. I couldn’t have been more wrong, the support and comradery was amazing! I made it round in a very slow 3 hours and 33 seconds but I finished the Great North Run! My biggest achievement so far was over and that was it for my running until after bump arrived. 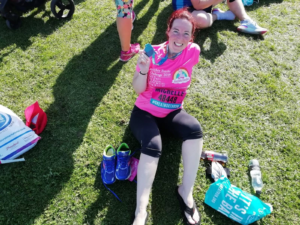 In March 2020, we welcomed our baby boy Reuben into the world. This was the most amazing achievement of my life and my proudest moment. How about after the birth, what now? Well keep your eyes peeled for my next blog post to find out more about my experience of post-partum exercise! 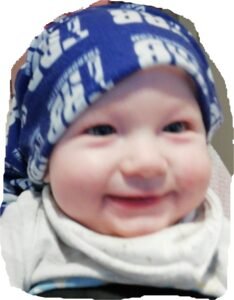