The easing of lockdown restrictions around the country, leaves many of us hoping for the return of racing. We all wait with baited breath for the first race which will go ahead and in what format.

For others though, the easing has meant they can now take on a large scale challenge. Sabrina Verjee and Kim Collinson both setting stunning records in the Lake District. Verjee completed all 214 Wainwright’s in 6 days, 17 hours and 51 minutes. Collinson took the record for the most peaks scaled in 24 hours, completing 78 in 23 hours and 45 minutes breaking a 23 year old record.

One of the holy grails (can there be more than one?) of challenges in the UK is running from tip to tip of the country. John O’Groats to Lands End (JoGLE) or the reverse (LEJoG) 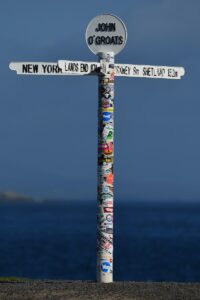 Team GB gold medalist, Dan Lawson will make his second attempt in August. Which will be preceded by Carla Molinaro and her attempt on the women’s record in July. A target of 12 days, 11 hours and 6 minutes.

With both these attempts so close together, I was intrigued about their plans – the similarities and differences in their approach.

The runners – Carla and Dan

Carla is a GB athlete having represented at the 100k World Championships. She is ‘an adventurer who seeks out events that are slightly harder than the average’. A self-confessed cake addict – posting some great photos on her social media, her website features some mouth-watering recipes! 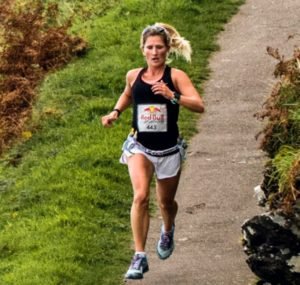 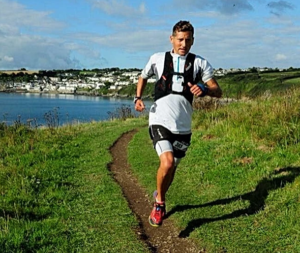 Lands End to John O’Groats is 874 miles – not for the feint of heart. Dan’s first attempt in 2018 was North to South. It saw him ultimately fail 180 miles short of Lands End. Part of the reason for this attempt being South to North is to run that section that he missed out last time

Both Carla and Dan also mention that prevailing wind direction lends itself to running north. “If I could make my life a bit easier and not run into a headwind for 12 days then I would grab it with both hands” quipped Molinaro.

For Dan the whole route is the highlight, “its important to try enjoy every bit of it, it is about that journey not about the finish”. 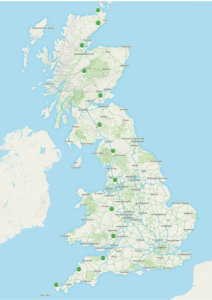 “I like the sound of LEJOG it sounds like I am going for a little jog which makes it a little less scary!“ – Carla Molinaro

Carla is aiming to break the current women’s record.The current record is held by Sharon Gayter who  in 2019, recorded 12 days, 11 hours and 6 minutes.

Carla told me she’s aiming for 11.5 days which builds in a 24 buffer to allow for the eventualities she says her experience tells her will occur.

Dan is targeting a sub-10 day goal. The record is held by Andi Rivett in 9 days and 2 hours. This record is widely disputed and investigated. Second on the all time list is Richard Brown in 10 days, 2 hours. By beating this Lawson thinks the ultra running community will recognise his claim to the record over that of Rivett. Dan is clearly happy to be judged by his peers.

Running 874 miles takes some effort, and more than a bit of support. (Although the record for a solo run is 17 days set in 2008 by Dan Driver).

Carla has a clear plan of nutrition, which will keep her support crew busy in prep. Carla also plans to alternate her meals with her go-to supplements of Nuun and Cliff bars. Dan on the other hand plans to keep his support team busy by making them encourage him to eat and plan. An area he says he is ‘crap’ at, especially during competition. He is hoping to keep to his non-race diet which is a very healthy with lots of “green stuff”, topped up with Tailwind. Dan insists that “their role is harder than mine, I love running”, adding they are often awake before him and go to sleep after him whilst they plan the following day. 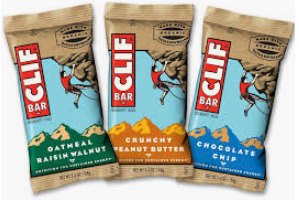 Dan’s preference is for a small crew, saying it feels like “a 10 day holiday with friends.”

Dan is no stranger to having members of the public join him on long distances runs, and draws energy from their support and enthusiasm. Often just plodding along listening to the chatter of up to 20 folk. Stopped by the police during the 2018 attempt, Dan and his crew readied a range of reasons and explanations, only to find that one of Scotland’s finest was just coming along to join him for 20 miles.

Carla hasn’t had the experience of running with members of the public and is very much looking forward to it during this challenge. The chat and support she hopes will “distract from the pain as we head north”. Be sure to follow her progress and pop along for a short stretch

Long distance running has its highs and lows. Dan takes some motivation from his failed 2018 attempt, and is determined to go the whole way this time around. A determination for himself, and for those around him that give up so much to support him both during the attempt and the months prior spent training and preparing.

The Severn Bridge and Tiverton Abbey were two stand out features for him on the route. He also picked out Shap Fell in Cumbria, and the A9 in Scotland. The bleak rugged hilly landscapes in these places obviously a good distraction from the “dark places” his mind can wander during the long hours.

A couple of hours each day Dan plans to run solo to help with his headspace, and take his running back to a more normal place – his usual running is mostly alone, with no music or other distractions. Dan feels a return each day to this will help over the long haul, giving his mind time to think “of nothing and everything”.

Carla’s initial plan for a LEJoG was for 2021, but with racing pretty much cancelled in 2020 felt it was a good time for her legs to be “wrecked”. From making the decision, lockdown impacted straightaway. Training in South Africa, local restrictions resulted in running up and down the drive way to the house, and cross training indoors on the bike.

It did allow for additional planning time – Carla has a more meticulous approach it seems. A method Dan says does not suit him at all! Each day is carefully mapped out, meals planned, stopover locations arranged, mileage set in stone – hopefully! Even the unexpected is planned for – with a full 24 hours allowed for the gremlins.

The slow pace of long distance ultra-running suits Carla, “I am looking forward to seeing the whole country slowly. We are normally in such a rush to get to our destination and I think it will be awesome to have the time to take in the views and everything that is around me”.

Obviously nearing the end of the journey will be a good point for both runners. Carla particularly is looking forward to the northern Scottish section. “it will be awesome once I get to the north of Scotland and I get to run on the coast, I am looking forward to that as I love the sea!”. The absence of route options in north of Scotland is also an attraction. Both she and her crew can worry less about getting lost!

Carla begins her epic journey this week – setting off from Lands End on Thursday 16th July. Tracking details are here – and don’t forget Carla is looking forward to having members of the running community join in on her journey. Carla’s story is here

Dan is hoping to commence his journey on 6th August – we’ll share tracking information when it is available, in the meantime you can follow Dan here, and read more about his career here 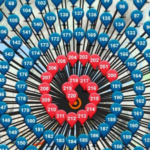 I am hoping to join them both on the route at some stage. It will hopefully generate some motivation into my 2020 running!

Read more of my blogs here