With October’s event, closed and a test event for Glasgow South Road Runners, yesterday’s race was the first official running.

With a slight confusion over age limits, a couple of eager juniors were allowed to race. Not wanting to disappoint and curb their enthusiasm, we yesterday allowed them to run and record a time. Unfortunately, due to age restrictions from UK Athletics this will not be possible in the future.

All in, 20 runners took part on the ‘flattest 1-mile route in Queen’s Park’.

Fellow Road Runner, Louise Ross also put in a fantastic performance to add to her 1st place and PB at Linwood parkrun on Saturday, taking the women’s course record and crossing the line in 06:06. 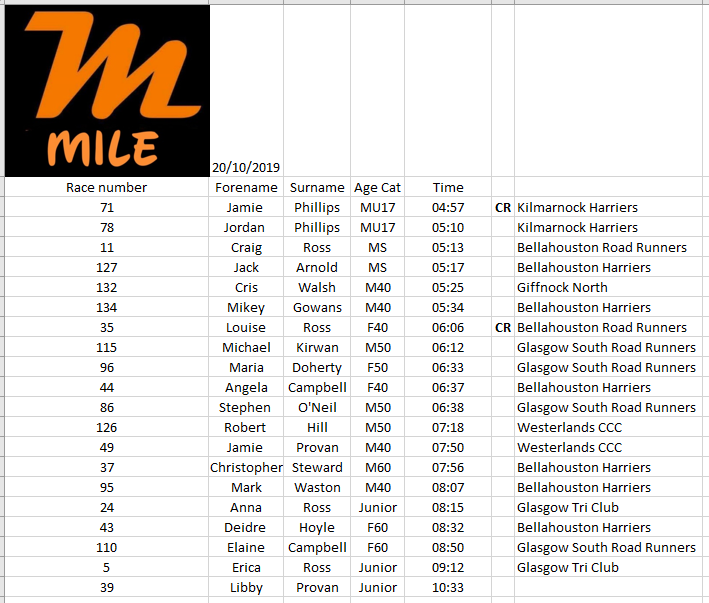