My last blog gave you my running history, bringing you up to the point where I’d started winter training for the 2017 Paris Marathon  (my first of nine marathons in eight months). A lot of people are put off by winter running – it’s cold, wet, dark and generally quite miserable.  I love it!  It’s quiet, peaceful, running in layers is actually quite cosy and the shower afterwards is amazing!

Lets be honest – it’s taken me nearly five years to get serious with running.  Or more to the point with training and well-being.  I’ll go through a quick roll-call of items I’d have answered ‘no’ to prior to this year…

Having completed Istanbul Marathon 2016 in 3 hours & 38 mins, I proceeded to ‘bank’ a solid 12-week winter training camp – with all sorts of trail and road runs mixed in. On boxing day 2016 I was running up in the luxurious area of Barrow-in-Furness – running across the ‘slag bank’, across the bay and out towards Black Combe – until I was electrocuted by a farmers fence! I’m sure I heard the sheep laugh….

By the Paris Marathon in April I was super fit and had already completed some shorter distance races to help with my speed, I finished Paris in 3:28:29.  It was the steadiest race I’ve ever run, nice and easy 5-minute kilometre pace all the way and even had room for a slight increase of pace towards the end (just missing out on the legendary ‘negative split‘).

After Paris in April, I really didn’t stop running events/races, in fact I probably completed more races than training runs!  Looking back to that first marathon of 2017 seems a long time ago, I’ve since completed eight more marathon distance-races (some even further) – nine marathons in eight months. Which I didn’t realise until my son mentioned it (Bailey who is 17, who recently started running  too – more on him in a separate blog ;)). Not bad going at all! 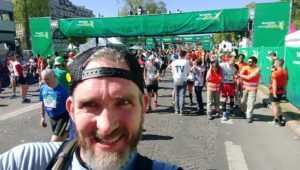 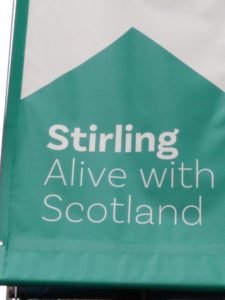 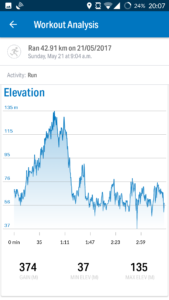 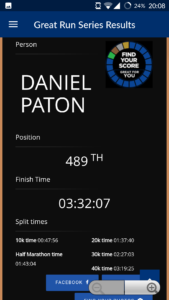 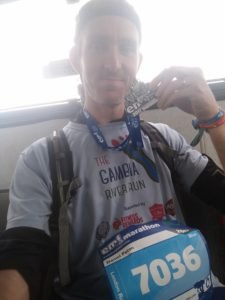 4) Last 30 miles of ‘The Wall’ (Hadrians Wall – being support runner for my cousin who did the full 69 miles!) 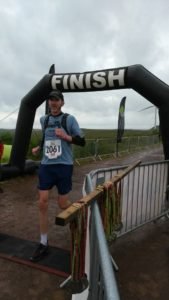 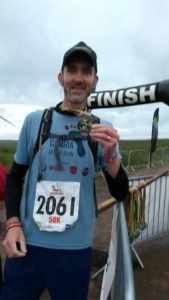 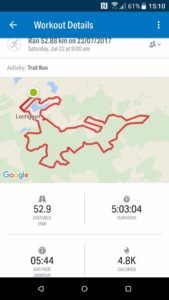 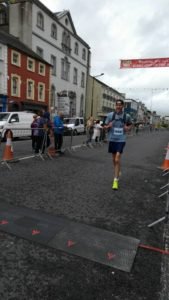 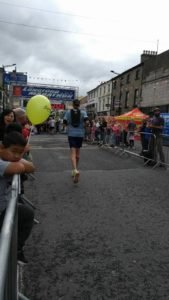 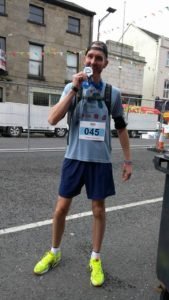 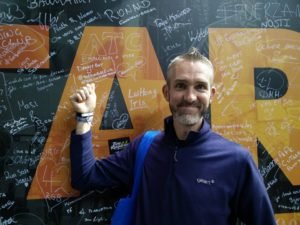 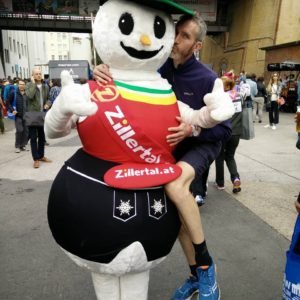 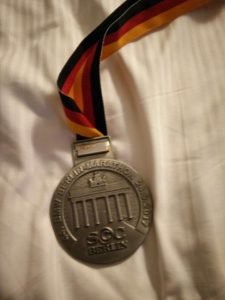 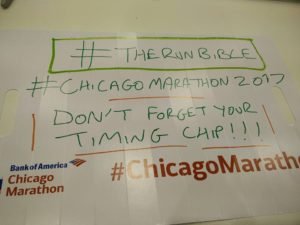 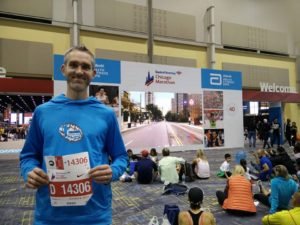 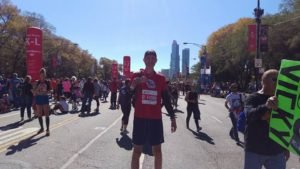 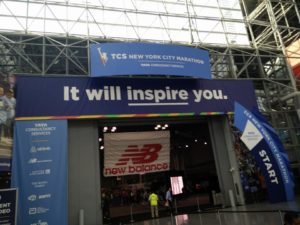 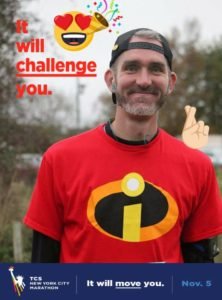 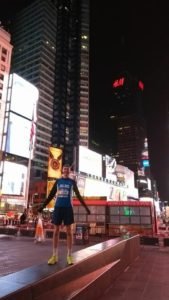 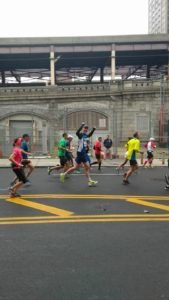 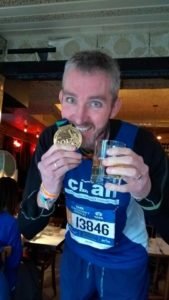 You’ll probably notice that I have a beard on some of the pictures and not on others, this is because after each marathon I have a shave – giving me another thing to look forward to when running!  My next marathon is London in April 2018, by which point: 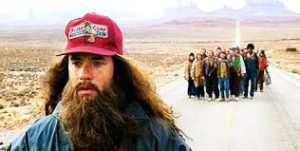 Which was my favourite marathon of 2017?

Difficult to say really, as they’re all unique in their own way.  Run The Blades and Longford were much smaller and communal events, super friendly and very warm people.  Paris, Chicago and New York were very special experiences – huge support (think Great North Run and then some) and hugely enjoyable routes to help keep you distracted.

Any of the marathons not met expectations?

Every one of them I’ve enjoyed immensely, but were any not quite up to expectations? The only one that slightly disappointed was Berlin, with it being my first ‘Major’ I’d possibly been expecting too much (and probably unfairly comparing it to a ‘non-major’ in Paris).

Berlin is a fast and flat course, with plenty of friendly and polite support. However, I thought the route was a bit cack (a great first 10k and last 5k, but the rest I actually found myself getting bored and had turn Tiesto up to full blast to get myself ‘pumped’ again…).

Hopefully one day I’ll have one of these bad boys: 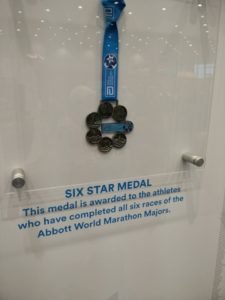 For more of my blogs go here