With regards to the finishers medals, got to give a big thanks to our suppliers FrontRunner (Neil and his team are working tirelessly in these difficult times for SME businesses). Received my July medal today (the gold square one) thanks! 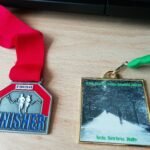 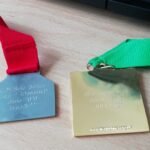 We’d put a wee fence post in to mark one end of the course, which someone took a real liking to! They moved it, stole it, then snapped it (after we ready-mixed it in)!  Our fab friends at Lancs County Council have agreed to install a more permanent fixture which we’ll be installing soon (a bollard with a small OTM disc as a waymarker). 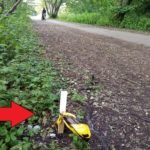 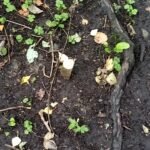 Whilst the July Series saw less entrants they were just as enthuisiastic. The overall winner (Blackburn RRs David Birtwistle) ran 9 miles to Preston, smashed out a rapid 5 minute mile, then ran back! As he put it ‘The 9 miles running back home was challenging...’.  Results are below, some are marked ‘TBC’ where we’ve yet to receive their times (due to Garmin issues…).  Congratulations to David (1st male), Melissa (1st female) & Stewart (spot prize winner) – We’ll be in touch about your prizes!