Following the outbreak of the Coronavirus pandemic and social distancing regulations being brought in, we witnessed mass postponement and cancellation of our favourite (large and small) running events – replaced by a flood of virtual events you could run anywhere and that didn’t motivate some of us quite as much (as were nothing like the events they’d replaced).

At TRB Towers we put our heads together and agreed to hold a few ‘virtual’ events that, whilst respecting the social distancing rules, would mean folk had the choice to run the actual event courses, whetting runners appetites for the real thing taking place (hopefully) later in the year (once things had settled down a bit).  So that’s what we did!

In Glasgow the Virtual Migo Mile (in Queen’s Park) went down a storm and in Preston we’d have the OTM Solo Series.  RD Dan had a bit of a hissy fit (he does that…) with England Athletics and RunBritain about how he thought the race results should count towards individuals rankings ‘but they’ve ran an officially measured and certified course, and we have proof of their times!!!‘ he cried.  The response was that as the events hadn’t been officially timed, they unfortunately couldn’t count (Dan apologised…).

After Dan then upset some folk at Lancashire County Council with his graffiti (to mark the Start and Finish Lines), he scrubbed the temporary spray paint away and managed to agree a small post to mark one end (with the other end being obvious – the, now closed, old tram bridge). 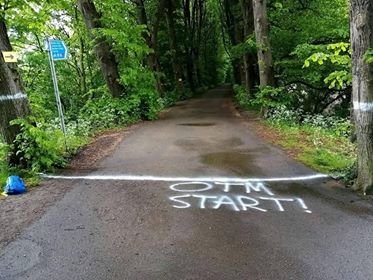 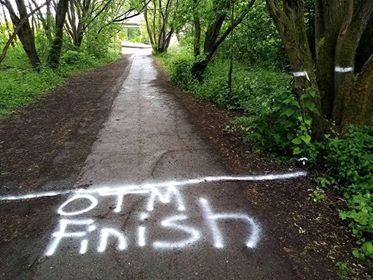 With TRB being new to events in England and TRBs Dan still earning his stripes (whilst sometimes pissing people off), it was decided that the first OTM Solo Series for June should be free of charge, with some optional extras (donations in lieu of an entry fee to local charity St Catherine’s Hospice, an engraved running medal and/or a OTM running t-shirt or hoody).

Local running specialist RunPreston then kindly agreed to take a chance on us and sponsor both races, even donating some prizes. Free events, with prizes, on the actual course, if Carlsberg did running events… 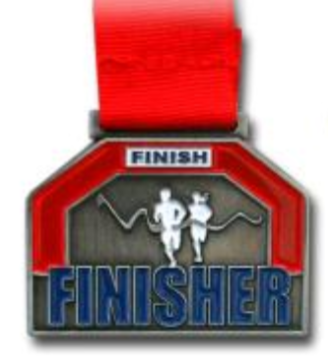 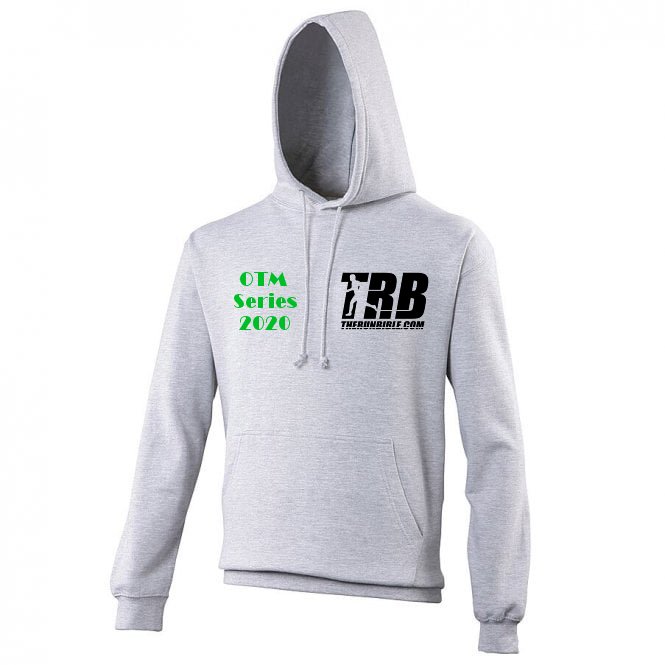 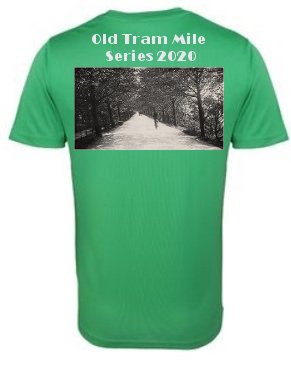 Perhaps not surprisingly (with TRB not being known in and around Preston) there were low numbers to the first of the two-part solo series in June.  Or maybe it was because the first part was uphill (about 50ft of elevation gain over the mile, just enough to make you feel sick…)….13 runners completed race 1, with RD Dan battling it out with Fylde Coast Runners Stu Benson for top spot (both going under six mins).  Two randomly selected spot prizes (£20 RunPreston gift vouchers) went to Stu Benson and Blackburn Road Runners Miriam Hamilton.

By the second race (held over the last two weeks in June) folk had started to hear about the OTM Solo Series, with 26 runners entering the downhill leg.  TRB also added 1st male, 1st female and best team prizes to the pot.  Kerry Starkey of the largest runclub on earth (Unaffiliated) set the early 1st Female pace and kept her top spot with a speedy 6.19!  The men battled it out right until the final day, with times getting faster throughout the two weeks.  Steve Abbott (Wesham Road Runners) pipped Alex Curran (Blackburn Road Runners) by a single second with 5.13!  9 out of the 10 ten went sub 6 mins! Final result tables below.

We’ve had some great feedback:

“Was good fun talking part, Thanks again for setting it up“.

“I’m looking forward to the next event!“.

“Enjoyed the event and motivated me to do some hard intervals“.

“will definitely be entering future events“.

Then a comment that’ll make some of our previous TRB event participants in Scotland smile… “I’m still aching from my first & fastest effort!” – Sounds familiar eh?  Yup, our TRB England events will be just as interesting as those in Scotland!

What’s next? We’re going again in July!  ‘OTM Solo Series: July’ entry page is here, Facebook event page is here – get on it! 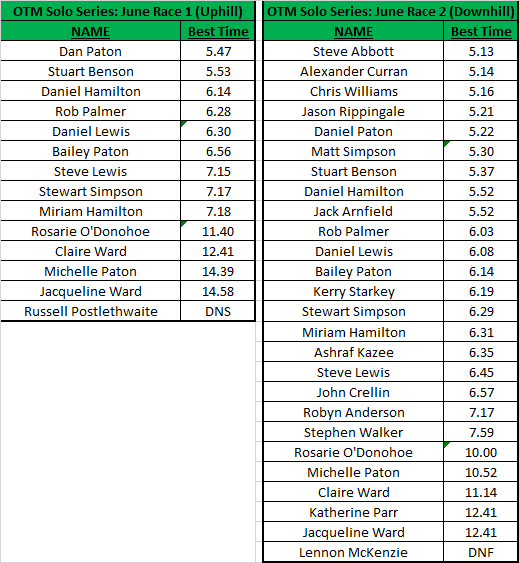