Almost everywhere in the world, chocolate lovers are provided for with a wide range of flavours to enjoy. Big chocolate companies make -next to a lot of chocolate of course- a lot of profit. Nothing wrong with that, without profits a company will go bankrupt. So far, so good. However, less good is how those profits are made – by exploitation at the start of the value chain, where people live in extreme poverty. Have you ever considered how much a cocoa farmer makes per day?

2,5 million farms in Ghana and Ivory Coast produce more than 60% of all cocoa worldwide.

The average cocoa farmer in the Ivory Coast earns 78 euro cents a day. There?s no way you can live off that or support a family for that meager amount, not even in West Africa.

In Ghana and the Ivory Coast, 2.1 million children work under illegal conditions because the harvest doesn?t give their parents enough income. We don?t think that?s normal.

Worse still, recent studies have confirmed that at least 30,000 people are the victims of modern slavery ? adults and children who are being forced to grow cocoa and don?t get paid a penny for it. In fact, it?s highly likely there are far more victims than that because areas where cocoa is produced illegally have not been included in the studies.

The system works like this: Big Choco ? the chocolate makers ? buys the cocoa at the front of the cocoa mountain. They don?t look on the other side of the mountain; they can?t see the living conditions of the farmers who grow ?their? cocoa. They refuse to take real responsibility for the problems of the farmers on the other side of that mountain. And you might be thinking ?Alright, so what about certified cocoa beans?? They don?t guarantee humane conditions either.

As long as the chocolate industry is unequally divided, our bar will stay that way too. 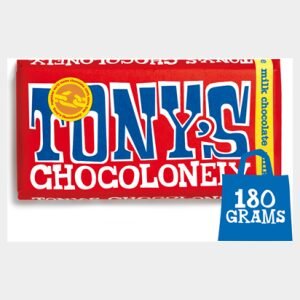