An idea that seemed to come “in a couple of heartbeats”. It wasn’t really difficult. The route was there. It’s a GSRR favourite, and many folk know it. The idea? A relay using the traditional South Side Six route – a six parks relay. To add extra interest, and as guidelines allowed, each leg to be run in pairs.

With a good expression of interest we managed to field seven teams of 6 runners each. Abilities and genders were mixed up to add a little twist. Team captains assigned had the task of deciding who the pairs in their team would be. Matching equalish ability runners that they may or may not know, would prove a challenge.

Eager beavers, Team Minions were quickly organised by Captain Knight, and would start their first leg technically before the event even started.

Indeed Phil, declared them the winners, and asked who would finish 2nd!

The bravado was short-lived. The following day, Captain Fullwood, sent his team, Thunderbird 4, on their way. Fullwood had stalked his team across social media to find good pairings, and it seemed his work was well done as they pounded up towards the Queens Park flagpole to finish in 2.10.54 and taking the “pole” spot. 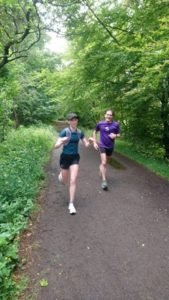 The instructions allowed for the legs to not all be run consecutive on the same day, as long as they were done in order. This was to increase the flexibility for the teams, and also to keep more inline with the social distancing measures in place.

This allowed Captain Gerber, to launch his SS Rockets one night, while the concluding two legs would be done on the hottest day in the event.

A rookie Captain, Daniel made the mistake of not putting the speedy folk on leg 1. This would lead the team to be bottom of the pile completing in 2.48.03

With final leg runner Kirsten Macleman, saying it was the “fastest I’ve ran since lockdown, was good to feel like vomiting again”. Not sure what that says about her running partner, Stuart Ainslie.

Clearly suffering from a razor shortage during lockdown, Captain Milton-Moir had her Hairy Legs on show to watch then set of from Queens Park on the 25th.

Again another team to split the party with the conclusion being completed on 28th. Gedas reaching the finish line a bit in front of partner Rachael after saying she talked too much! Six Of The Best

With high hopes, Captain Hill, arranged his Six Of The Best into pairs. John Gordon on leg 1 was paired with veteran speedster and long-time GSRR Paddy Gibbons. Gibbons bullied Gordon round in a very impressive 1.06. 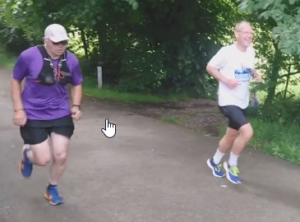 Struggling to find a slot in his busy race schedule, Captain King attempted to find loopholes in the rules! His request for all the pairs to run their legs simultaneously denied, he returned with a Plan B.

A team reshuffle, and a blistering first leg from him and Kenny Taylor set the team up to take the lead from the Thunderbirds.

Zuzana and Rodg brought the team home for the second leg to pass the virtual baton onto Melissa and Donna. Donna was tricked into powering up the Queens Park steps with allures of a finish line, only to be told to keep moving! 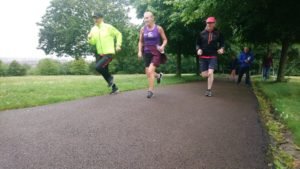 A resulting stewards enquiry left both The Scheme Team and Thunderbird 4 having their results scrutinised and amended by the race director. Both had over-estimated their finish times. Would this lead to time penalties or disqualification??

Never one to be get something done early, Captain Sinsheimer left her team to complete last. Granted having one team member working offshore until the very last day of the challenge left her little choice!

Andrew paired with the event organiser, Alex for the first leg and given a tough target by the Captain! The last leg would be walked by Michelle and Brian due to ongoing injuries for them both… To add to this Michelle would be ‘aided’ by crutches! Leg 1 needed to be extra fast to build in some time.

Inducing a near death experience by Alex, the pair succeeded. After leg 1, the pace put Rock, Run and Hobble in a 1st place.

A police incident at Pollok House interfered with the race route. Additional distance for Garry and Blythe to complete in Leg 2, in addition to Garry setting off in the wrong direction! Leg 3 would need to be hobbled in 1.12 or under in order to catch the SS Rockets.

It was a close call! Michelle powered up the final ‘Bertha’ towards the flagpole, forcing Brian into a trot to keep up. A finishing time of 1.12 saw Rock, Run and Hobble narrowly consigning SS Rockets to the wooden spoon! By a margin one just one second! An event that seems to have been enjoyed by all taking part. Team members often seen out encouraging other teams along. Anyone wanting to repeat the experience should look out for TRB‘s Six Parks Relay coming soon! 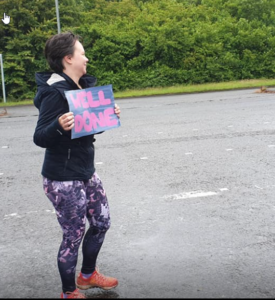