A wee jaunt down to Glasgow Green last night with the running group from run4it (Glasgow), for a shoe try out with Harrison from Asics to start the summer of 111

With a month on short road racing behind me, I had realised I was in the market for some replacement road shoes.

I chose to try the new Dynaflyte3 – and was very impressed with both the look and feel of the shoe. Responsive and lightweight is exactly what I look for. A pair firmly on the shopping list now! 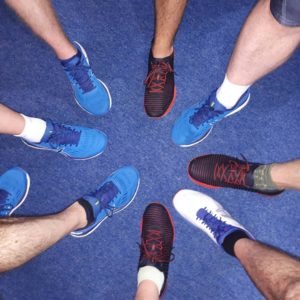 August racing kicked off for me with the Tour of Clydeside. A pretty low key affair, of five races in five night in five locations. A steady week of top 5 finishes led me into the Bella Belter finale sitting third in the overall listings. A decent run to keep fellow GSRR Liam behind me would secure my podium spot. Liam bogged down in his own battle for a V40 prize didn’t manage to keep up, and 37.40 minutes and a new PB later and my third place was safe. A comfortable distance behind the Coopers taking the top two steps. 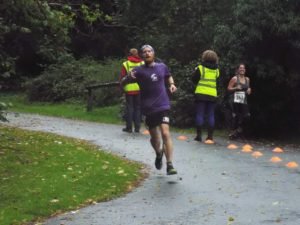 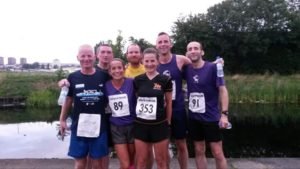 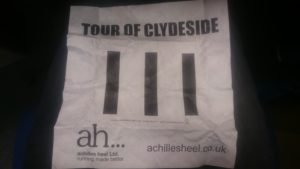 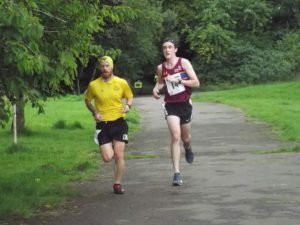 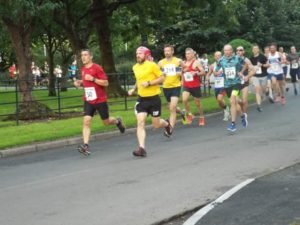 A gluton for punishment, the Tour was followed by OutRun the following day. A short 8km blast in Kelvin Grove, which includes a small hill at each end of the race.

Very happy to improve on last year’s time and position stopping the clock in 31.28 for 8th place. Massage, cake and goody bag containing condoms and lube! I’d billed this race to folk as having the best quality tshirt on the circuit, but was disappointed with this year’s not being up to the high standards of previous year’s tshirts. 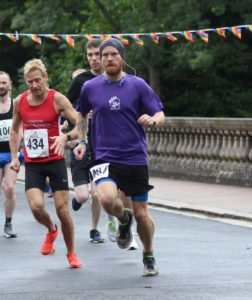 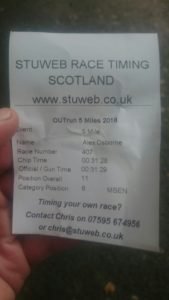 Back to the trail

An enforced mid month rest with a delightful headcold would not stop me racing the Tom Robb Memorial Race in the stunning Carron Valley, hosted by former clubmate Moira Paterson. The trails and hills saw me back in yellow of my club 🙂 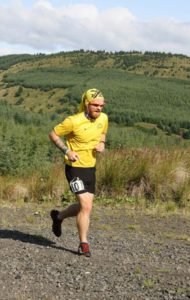 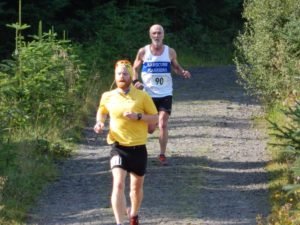 A beautiful day, some tough climbs (with a quick sick stop!) and rapid descents saw me home in 48.18. An amazingly stacked field left the top six all breaking the previous course record with a winning time of 41.50

The race raised over £3000 for Alzeheimers and the local mountain rescue team. Tom Robb, Moira’s father, was a dementia sufferer who went missing whilst out walking in the area in 2012 and has never been seen since.

A fantastic event for an equally good cause. Recommeded for next year’s calendar. Oh and I forgot mention the cake! Lots of cake!! 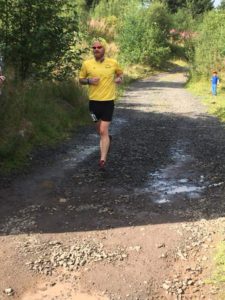 Sidekick and I followed up our Carron Valley adventure with a wet trip to Dumfries for the Doonhamer 10k. A doonhamer is a native of Dumfries – of course you all knew that!

The previous night had been Dr Phil’s big 50th. Some random fun bowling – on the flat green, not tenpin – was followed by several beverages and Phil being landed with another ultra to run in Dunoon. He was such a success at Clydestride, we couldn’t let in be a one off! 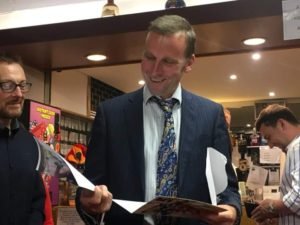 Doonhamer is a twisty route around Dumfries, mostly flat sticking to the banks of the river Neith with several crossings.

I went through half way, and a quick look at the watch had me comfortably under 19 minutes and on course for another PB.

A tough battle with a DRC veteran helped keep the pace up and taking the line in 37.44. 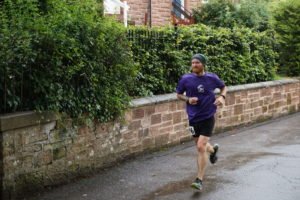 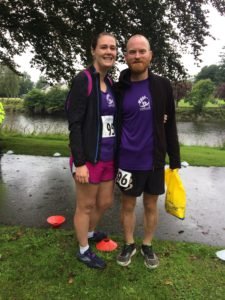 With my Bella Belter time of 37.40 being declared short by both Strava and RunBritain, this is a new official 10k PB.

All in all a good month. Back to ultra for the autumn.

More from my blogs