Initially we set up for 75 places… ended up with 226, including top class athletes Jenny Bannerman (Scotland) and Gemma Steele (England and Team GB)

We had runners – and some walkers from all over the UK and beyond. “Pacific Stride” was a thing with runners in both Australia and New Zealand. Brexit didn’t even effect us, with runners taking part in Europe as well!

What set out as a modest target of raising £100 for our chosen charity, Pyjama Fairies, saw us fly way over the target. With our poster girl Olivia joining the fundraising – and completing her own 4 miles in spite of her lung condition – the total raised exceeded £800! A sum that not only means a massive amount to Olivia and her parents Vik and Andy, but obviously also to the charity. Small charities such as this are often overlooked when it comes to fundraising, so we’re proud here at TRB to be able to support them. Especially one close to our hearts such as Pyjama Fairies. 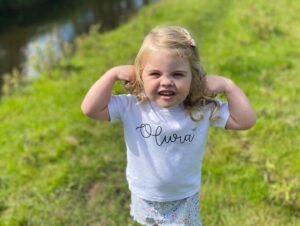 It’s always hard to compile results on a virtual race. Everyone has run their own course. A route as individual as the runner. Uphill, downhill, road, trail, mud… Plenty of water-side obviously! Times are not really comparable with each other. But then we all want to know how we faired…

Compiling results was tough. Many of you ran more than 4 miles, and integrated your run into a longer route. You are just listed as ‘yes’.

Quite a lot struggled with uploading to Entry Central. (I’ve fed this back to them). Some were set to private! 🙈 Some emailed results in – some multiple times, some didn’t! Some didn’t submit times… Did they do it? I trawled Strava and a bit of social media.

Below is a compilation of this. Where possible it is elapsed time shown, not moving time. Not always the case. In short the results are pretty inaccurate! More for interest than for calling the shots!

If you’re not listed as completed, you won’t receive a medal. If you did your Virtual Clydestride 4.0 Miles and aren’t on the results, let us know as soon as possible.

So those top athletes… 😋

Gemma Steele set a blistering 22.16, but was narrowly beaten by Jenny Bannerman in 21.56, aided by a handy green man at the crossing!

A massive thanks for all who took part, slow and fast, no matter your time 4 miles is still 4 miles. Even 4 miles done in loops of the park pond….Well done!

We’re looking forward to bringing you a full Clydestride 40 Mile Ultra next year, and would love to see many of you there.

If running 40 miles isn’t your thing we also have a relay, and always welcome volunteer marshals. Trust me, that’s a great day out and how I got started in the ultra world.

TRB have plenty events in the pipeline and you can find more details on our website and social media channels.